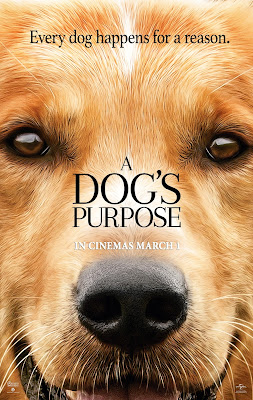 
When Ethan (Bryce Gheisar) was still a young boy, he helped to rescue a puppy and adopts it for its own good. He names it as Bailey (voiced by Josh Gad) and was his ever loving companion until his teenage years. Bailey loves to play and as he always looks for an answer on what is his purpose in the world. As the days passes by, he learns many things through his life. However, when Bailey's time comes to an end, he finds himself resurrected to another dog and once again finding what is his purpose. Soon, as he journeys and touched other people's lives it's unexpected for him to come back to Ethan, whom he really missed a lot.

A Dog's Purpose is all about the point of view of one dog voiced by a very convincing Josh Gad who once again nailed another brilliant performance. You can simply feel the curiosity on his tone while his human counterparts also did well. The film is adorable throughout and emotionally heartfelt in every scene. We simply can't stop laughing at some of the scenes as the whole thing is just cleverly constructed. Each story it offered was remarkable, and it never faltered as it touched every audience inside the cinema.

Director Lasse Hallstrom once again shows his strength and charm in like what he did with the memorable Hachi: A Dog's Tale. He brings out the magic on the screen making his viewers to love their fur babies even more. We all laughed, cried and felt everything within the two-hour run-time. I literally hugged all my dogs and talked to them when I got home after watching the film. 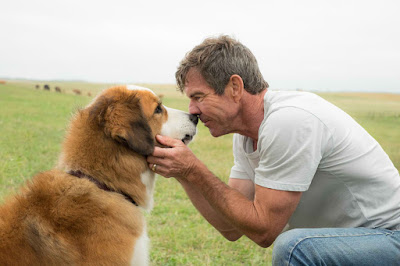 Overall, A Dog's Purpose is emotionally engaging, genuinely funny and incredibly enjoyably throughout. Pet owners will be easily affected with the story, and they probably need to bring a lot of tissue before watching the film. Also make sure to buy some treats for your pals before going home.

Lakwatsera Lovers 10 out of 10 stars