Hear Ye! Prime Ape Caesar in “DAWN OF THE PLANET OF THE APES” 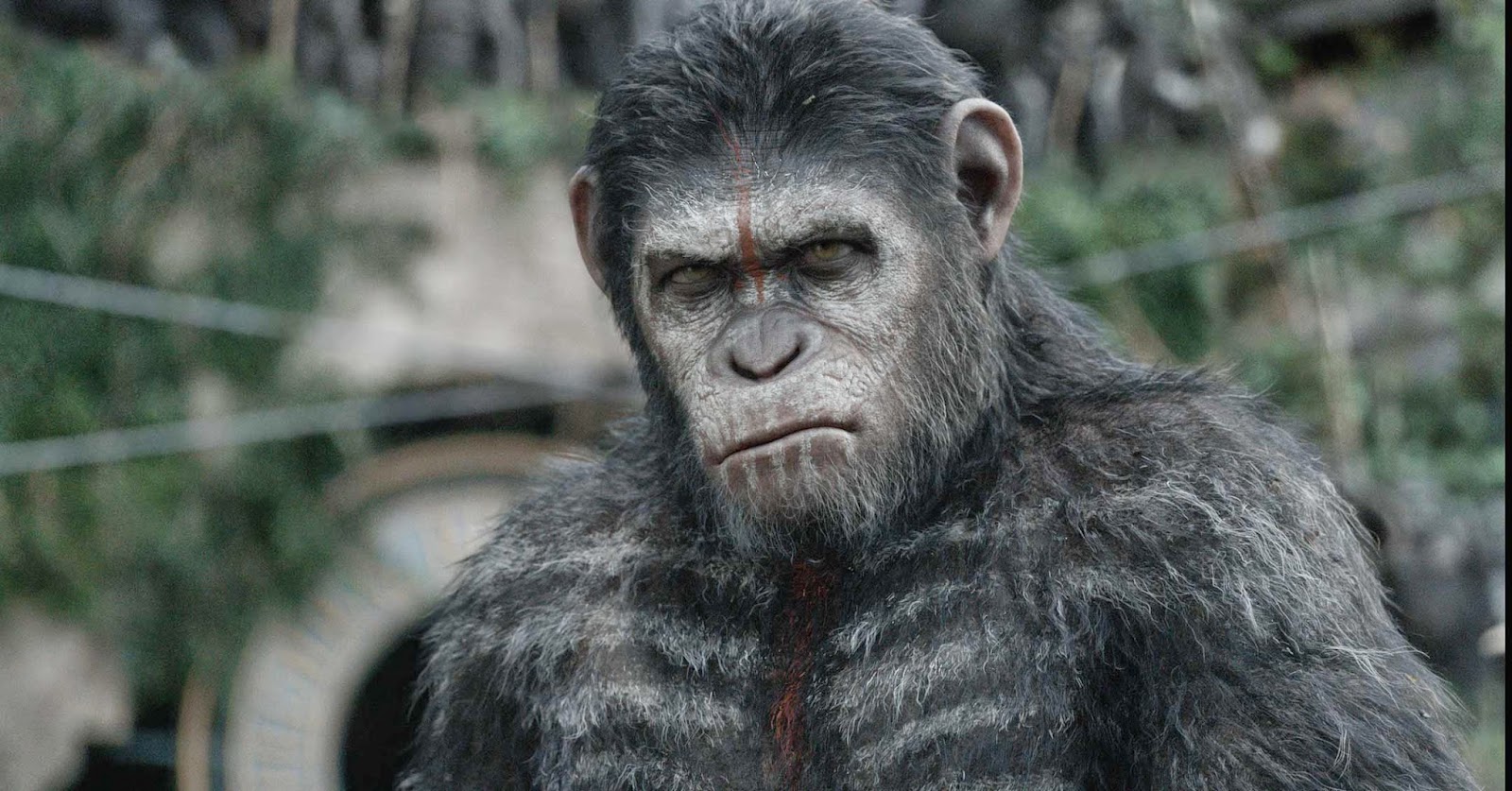 Man’s experiments with genetic engineering in the previously (2011) released blockbuster “Rise of the Planet of the Apes” led to the development of intelligence in apes and the onset of a war for supremacy.  Thus, Caesar, a newly orphaned young chimp then has risen to become the supreme of all apes, with his highly-developed intelligence comes an aggressive and dangerous protective instincts typical of adult male as he matures.

Now, Caesar not just speaks, but rules a steady growing nation of genetically evolved apes in “Dawn of the Planet of the Apes” where a pandemic known as the Simian Flu wiped out most of the human race and where the apes have continued to build a community in Muir Woods. Gradually the lights of civilization began to dim and become non-existent. For all intents and purposes, humanity has perished. They reach a fragile peace, but it proves short-lived, as both sides are brought to the brink of a war that will determine who will emerge as Earth’s dominant species. 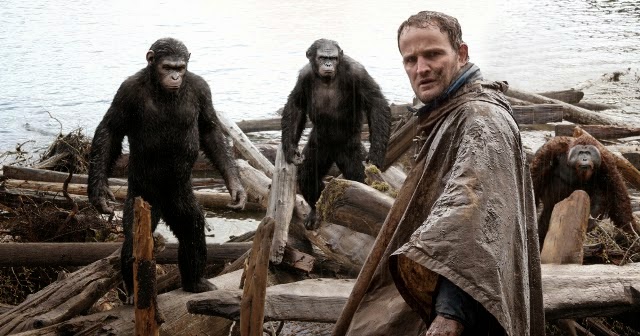 Producer Dylan Clark notes, “A viral apocalypse hit the humans and 10 years later, their numbers are severely depleted.  Apes, on the other hand, have done quite well. Caesar has led them to freedom and he’s built a new home.  The apes have risen, and the humans have declined. And now they’re about to collide.”

Still, DAWN OF THE PLANET OF THE APES is about survival and not an apocalypse.  “There is a sense in the beginning of the story that apes have inherited the Earth,” says Reeves. “A small group of humans is struggling to come back from devastation, and the apes are fighting for survival.  It’s an ape world, and we explore whether apes and humans can figure out a way to live together without violence.”

“Caesar is the alpha-ape,” Serkis continues.  “He’s a natural leader. The other apes respect him because he has an innate sense of fairness, he values their opinions, and he includes them in the decision-making. He’s definitive in his decisions but also relies heavily on the advice of his inner circle, his council.”
At the same time, Caesar is conflicted about humanity because of the way he came into the world and was raised among humans. He was an outsider, even though he learned human belief systems and thought of Rise of the Planet of the Apes’ character Will as his father. He’s a creature who is going through the very human experiences of being rejected and finding his people. 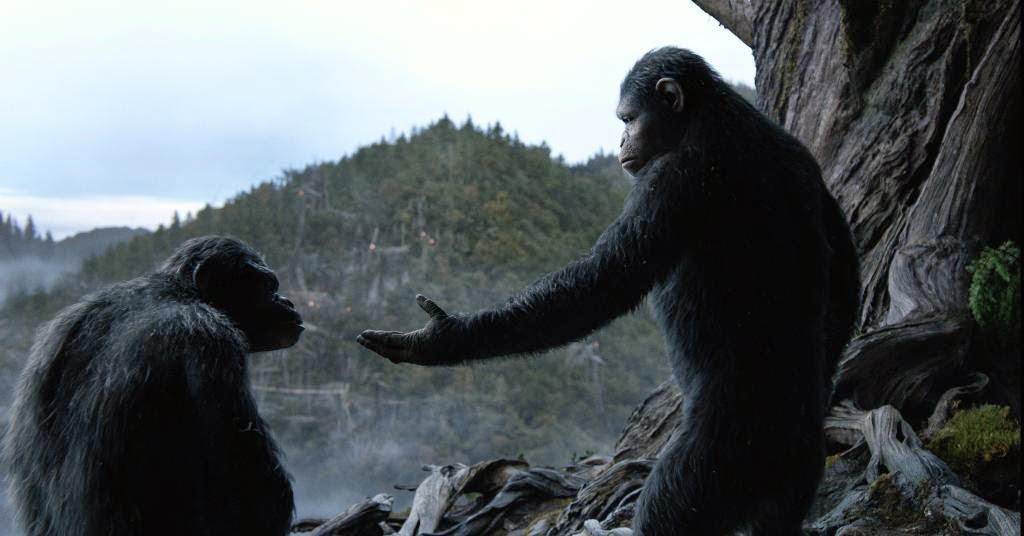 Caesar as a leader, parent and mate provides abundant ground for Serkis to explore as an actor. “Caesar is a father now: he’s got a mate, a son and a baby,” the actor notes. “He is responsible for the survival of a community. On the other hand, he has empathy for humans, and still, deep down, he feels a need to be able to communicate with them.”
DAWN OF THE PLANET OF THE APES also explores how the apes evolved from the mostly mute but intelligent animals of Rise of the Planet of the Apes, into articulate, civilized beings that emerge as Earth’s dominant species within the canon of the Planet of the Apes franchise.

Reeves explains: “In Rise of the Planet of the Apes the apes said only a few words.  With this film we show the apes at the dawn of their society, and learning to truly speak.  Inevitably, the younger generation will be better with language than their parents, which leads to a very complicated portrait of the apes’ cultural order. This is the ape society that eventually evolves into what we see in the 1968 Planet of the Apes with an organized government, military and science.”
DAWN OF THE PLANET OF THE APES co-screenwriter Mark Bomback says one of the script’s biggest challenges was to depict how the apes communicate with each other and how much the apes articulate verbally. “At the end of Rise of the Planet of the Apes it’s shocking when Caesar speaks an entire sentence.  In this film, we explore how much further the apes have advanced in their language skills. We struggled a lot with this because there’s a temptation to just give the apes pages and pages of dialogue.  But there was a huge plausibility issue that we were contending with, which is it’s only been ten years since the events of the previous film, and if Caesar is only able to say one sentence in that film, then how much speech would he really be capable of in this one?

The same experiments that drove Caesar and his community to escape are continuing to make them more intelligent, which leads to new forms of verbal expression. “This time there is an evolution in linguistic terms,” Serkis explains. “We worked in great detail in terms of creating that level of sophistication versus ‘finding’ language. Caesar communicates through the sign language he was taught, which has become a unifying way of speaking with the other apes.  At the same time, he’s verbalizing more.” 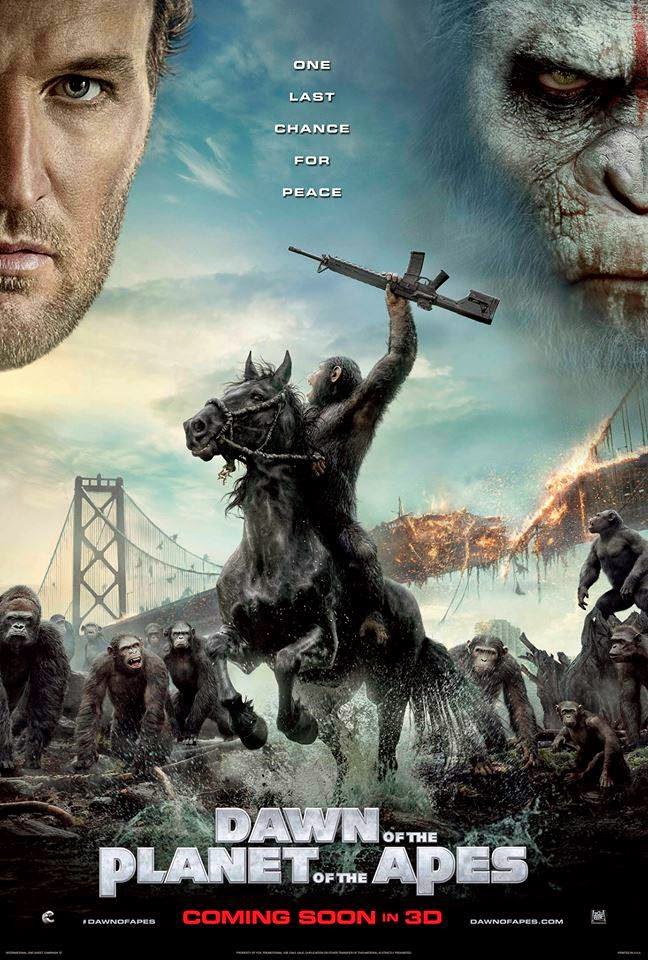 Hear more of Caesar when “Dawn of the Planet of the Apes” opens July 9 in cinemas nationwide from 20th Century Fox to be distributed by Warner Bros.